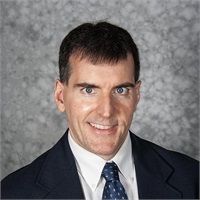 Eric graduated with B.S. degrees in Accounting and Business Management, and a minor in Economics from WVU Institute of Technology in 1993.  He received his MBA from Marshall University in 1999, and passed the CPA exam in 2001.  This was also the year he started his own business.  He has worked for Cyprus Amax Coal Company, WVSU Metro Area Agency on Aging, CAMC, and WV Division of Tourism.  Eric became interested in helping his tax clients in 2008, when he saw many of them suffering huge losses in the financial markets.  Soon thereafter, he began obtaining additional licenses and learning how he could help his clients with investments, in addition to taxes. Eric became a Certified Financial Planner in 2016.

Eric is a member of the WV Society of CPA's, and the South Charleston Chamber of Commerce.  His hobbies include reading, mountain biking, and hiking.